‘By wisdom a house is built, and through understanding it is established’  Proverbs 24:3

Following a recent paper published by two Psychologists from the University of Rochester (Zuckerman and Silberman) who conclude that religous adherents are less intelligent than atheists, the BBC invited the Reverend Kate Bruce to share her thoughts on this latest study. 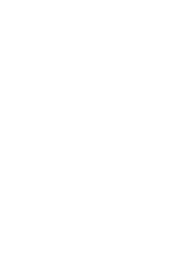 The program interviews Kate in the historic grounds of St John’s College before returning to the studio for a very thought provoking discussion with broadcaster Lowri Turner, Blogger David Vance and Head of the Hindu Academy Jay Lakhani.

The study bases its definition of intelligence on a person’s ability to think rationally and logically. However Kate Bruce takes issue with this definition, proposing it to be solely a masculine understanding of intelligence and asks the question, “what about creative, imaginative or emotional intelligence?” Presenter Samira Ahmed comments that the study suggests religious beliefs are irrational and not anchored in science, but Kate concludes that “faith calls us to be open-minded” and that ultimately there are more important measures by which to judge a person.

The Study at a Glance

Professors Miron Zuckerman and Jordan Silberman, from the University of Rochester, looked at 63 studies in the field carried out between 1938 and 2012. In their paper, entitled “The Relation Between Intelligence and Religiosity: A Meta-Analysis and Some Proposed Explanations,” Zuckerman and Silberman drew the conclusion that the majority of studies found that more intelligent people were less likely to subscribe to organized religion.

Out of the 63 surveys, 53 showed a negative correlation between intelligence and religiosity, while only 10 displayed a positive one. The study claims that during the early stages of a child’s life the higher the individuals aptitude, the greater the chance in an increase in the likelihood that particular individual would not develop a strong religious identity.

Some however, have voiced strong criticism of the study methods. Specifically, the methods used to define intelligence and what constitutes a person’s religious identity.

Upcoming Event – Cranmer In a New Light
Comments are closed.