‘And this is my prayer: that your love may abound more and more in knowledge and depth of insight’  Philippians 1:19 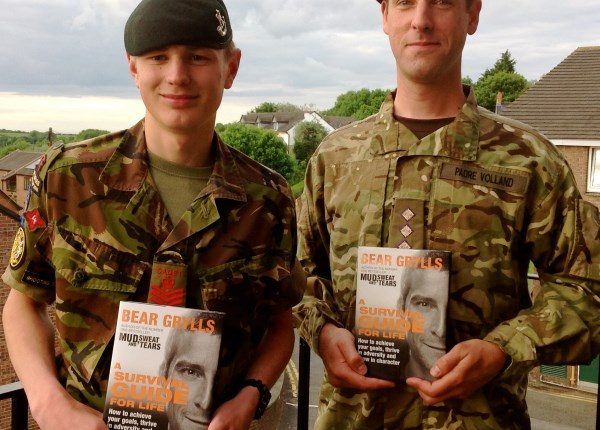 The Revd. Michael Volland, Director of Mission and Pioneer Ministry at Cranmer Hall and Padre to Durham Army Cadet Force, was so inspired when he read Bear Gryll’s book A Survival Guide for Life to his three children that he contacted Bear in the hope that the best selling author and television star would support the idea of getting a copy into the hands of each cadet in Durham ACF. Bear was happy to be involved and all 800 cadets serving with Durham ACF will now receive a free copy of the book at this year’s annual camp. The book aims to help readers achieve their goals, thrive in adversity and grow in character. This fits well with the Army Cadet moto, which is: Inspire to Achieve. Bear has written a personal message to Durham Army Cadet Force, which will be printed inside the cover of each book. In it he says: ‘To the cadets and adult volunteers of Durham ACF, enjoy the read! It is all about how to grab life and live it boldly! Live more and fear less! Stay well, Bear.’

Bear Grylls served with 21 SAS and was the youngest Briton to climb Mount Everest. He is known to millions as the star of the Born Survivor television series and has written a number of best selling books. Bear is also a committed Christian and is explicit about his faith in his published work.

Michael Volland said, ‘Bear is an inspiration to millions of young people. His strength of character, positive thinking and grounded faith in God come across really well in this excellent book. Bear’s interest in our cadets is fantastic and I hope they benefit from reading it.’

Colonel Chris Tearney, the Commandant of Durham Army Cadet Force, said: ‘I would like to thank Bear for his support to Durham ACF. I think that cadets and adult volunteers alike will be inspired by his book and also by his history of survival despite being faced with great physical adversity’.